In an enormous new image, NASA’s James Webb Space Telescope reveals never-before-seen details of the galaxy group called “Stephan’s Quintet.” The close proximity of this group gives astronomers a ringside seat to galactic mergers and interactions. Rarely do scientists see in so much detail how interacting galaxies trigger star formation in each other, and how the gas in these galaxies is being disturbed. Stephan’s Quintet is a fantastic “laboratory” for studying these processes fundamental to all galaxies. The image also shows outflows driven by a supermassive black hole in one of the group’s galaxies in a level of detail never seen before. Tight galaxy groups like this may have been more common in the early universe when superheated, infalling material may have fueled very energetic black holes.

Stephan’s Quintet, a visual grouping of five galaxies, is best known for being prominently featured in the holiday classic film, “It’s a Wonderful Life.” Today, NASA’s James Webb Space Telescope reveals Stephan’s Quintet in a new light. This enormous mosaic is Webb’s largest image to date, covering about one-fifth of the Moon’s diameter. It contains over 150 million pixels and is constructed from almost 1,000 separate image files. The information from Webb provides new insights into how galactic interactions may have driven galaxy evolution in the early universe.

With its powerful, infrared vision and extremely high spatial resolution, Webb shows never-before-seen details in this galaxy group. Sparkling clusters of millions of young stars and starburst regions of fresh star birth grace the image. Sweeping tails of gas, dust and stars are being pulled from several of the galaxies due to gravitational interactions. Most dramatically, Webb captures huge shock waves as one of the galaxies, NGC 7318B, smashes through the cluster.

Together, the five galaxies of Stephan’s Quintet are also known as the Hickson Compact Group 92 (HCG 92). Although called a “quintet,” only four of the galaxies are truly close together and caught up in a cosmic dance. The fifth and leftmost galaxy, called NGC 7320, is well in the foreground compared with the other four. NGC 7320 resides 40 million light-years from Earth, while the other four galaxies (NGC 7317, NGC 7318A, NGC 7318B, and NGC 7319) are about 290 million light-years away. This is still fairly close in cosmic terms, compared with more distant galaxies billions of light-years away. Studying such relatively nearby galaxies like these helps scientists better understand structures seen in a much more distant universe.

This proximity provides astronomers a ringside seat for witnessing the merging and interactions between galaxies that are so crucial to all of galaxy evolution. Rarely do scientists see in so much detail how interacting galaxies trigger star formation in each other, and how the gas in these galaxies is being disturbed. Stephan’s Quintet is a fantastic “laboratory” for studying these processes fundamental to all galaxies.

Tight groups like this may have been more common in the early universe when their superheated, infalling material may have fueled very energetic black holes called quasars. Even today, the topmost galaxy in the group – NGC 7319 – harbors an active galactic nucleus, a supermassive black hole 24 million times the mass of the Sun. It is actively pulling in material and puts out light energy equivalent to 40 billion Suns.

Webb studied the active galactic nucleus in great detail with the Near-Infrared Spectrograph (NIRSpec) and Mid-Infrared Instrument (MIRI). These instruments’ integral field units (IFUs) – which are a combination of a camera and spectrograph – provided the Webb team with a “data cube,” or collection of images of the galactic core’s spectral features.

Much like medical magnetic resonance imaging (MRI), the IFUs allow scientists to “slice and dice” the information into many images for detailed study. Webb pierced through the shroud of dust surrounding the nucleus to reveal hot gas near the active black hole and measure the velocity of bright outflows. The telescope saw these outflows driven by the black hole in a level of detail never seen before.

In NGC 7320, the leftmost and closest galaxy in the visual grouping, Webb was able to resolve individual stars and even the galaxy’s bright core.

As a bonus, Webb revealed a vast sea of thousands of distant background galaxies reminiscent of Hubble’s Deep Fields.

Combined with the most detailed infrared image ever of Stephan’s Quintet from MIRI and the Near-Infrared Camera (NIRCam), the data from Webb will provide a bounty of valuable, new information. For example, it will help scientists understand the rate at which supermassive black holes feed and grow. Webb also sees star-forming regions much more directly, and it is able to examine emission from the dust – a level of detail impossible to obtain until now.

Located in the constellation Pegasus, Stephan’s Quintet was discovered by the French astronomer Édouard Stephan in 1877.

The James Webb Space Telescope is the world’s premier space science observatory. Webb will solve mysteries in our solar system, look beyond to distant worlds around other stars, and probe the mysterious structures and origins of our universe and our place in it. Webb is an international program led by NASA with its partners, ESA (European Space Agency) and the Canadian Space Agency.

NIRCam was built by a team at the University of Arizona and Lockheed Martin’s Advanced Technology Center.

MIRI was contributed by ESA and NASA, with the instrument designed and built by a consortium of nationally funded European Institutes (The MIRI European Consortium) in partnership with JPL and the University of Arizona.

NIRSpec was built for the European Space Agency (ESA) by a consortium of European companies led by Airbus Defence and Space (ADS) with NASA’s Goddard Space Flight Center providing its detector and micro-shutter subsystems.

For a full array of Webb’s first images and spectra, including downloadable files, please visit: https://webbtelescope.org/news/first-images 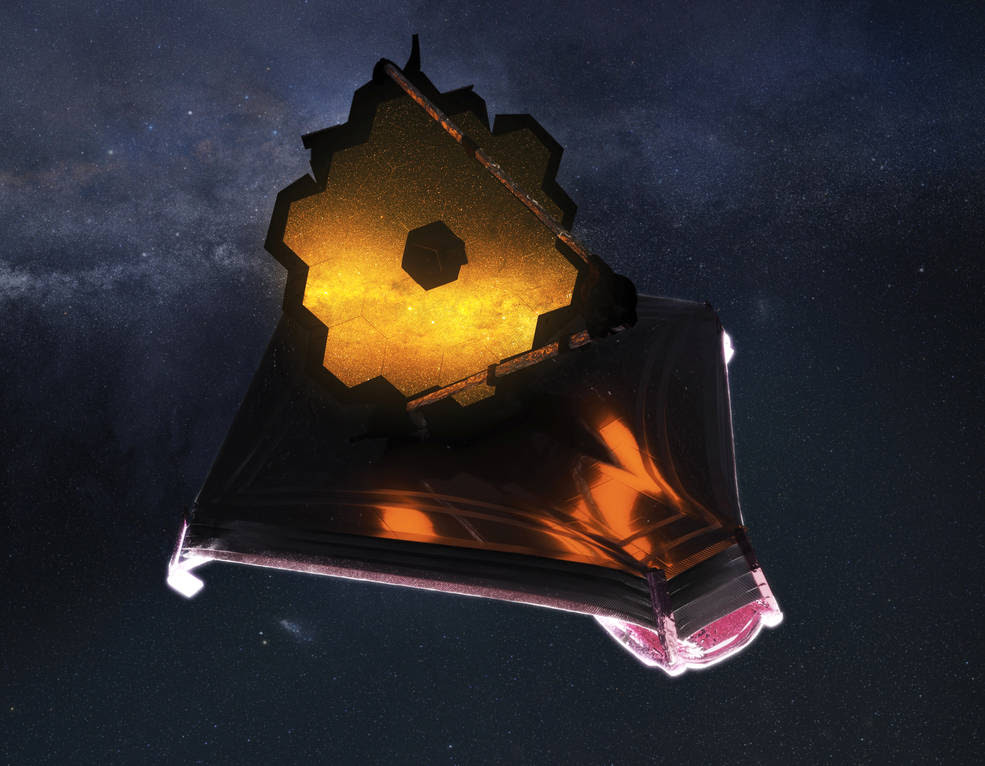 Rod is a blogger, writer, filmmaker, photographer, daydreamer who likes to cook. Rod produces and directs the web series, CUPIC: Diary of an Investigator. He is also the editor, producer and administrator of STM Daily News, a part of the TNC Network.

TAMPA, Fla. /PRNewswire/ — Mark Nutsch, Horse Soldier Team and 9/11 Monument Dedication will be held at 10 a.m., Saturday, Nov. 19 on the courthouse lawn in downtown Washington, Kansas. The monument recognizes the work of Washington County native Mark Nutsch. Special guests and veterans from the Horse Soldier team, mission participants and several Kansas dignitaries will be in attendance.  The...
Making a Difference military News the Bridge